Logic analyzer is a handy tool for hobbyists. There are numerous occasions we come across scenarios where we doubt whether the module that we connected is not working or our SPI/I2C signals are wrong. Then all we tell to ourselves is “eeeerrr I wish I had a logic analyzer”. I came across the same scenario several times, finally decided to buy a logic analyzer.

There are many EXPENSIVE logic analyzers available by many suppliers. I’m sure that they work flawlessly and they are really accurate. But I cannot afford them. So I went to E-Bay and typed “Logic Analyzer” and filtered “Lowest Price First”. I selected the product below. It is just 11$. There are few logic analyzers for 9$ also (Damn I didn’t see!!!) I did not think twice, I bought it and waited a few weeks. I was not sure whether it will work. 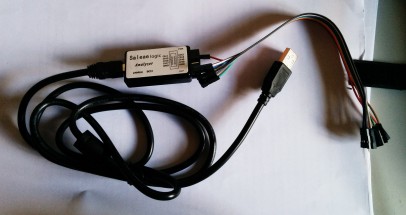 The package contains almost everything we need. The USB cable and the dupoint connectors too. But it is unethical to use “Saleae logic” trademark here.(China!!!) It looks like a copy of the well-known Saleae logic analyzers.

I downloaded the Saleae Logic Analyzer software from there website. I just plugged it and it got detected. This ‘fake’ logic analyzer has same PID/VID values of original ‘Saleae Logic’. Which is twisted in its’ own way. 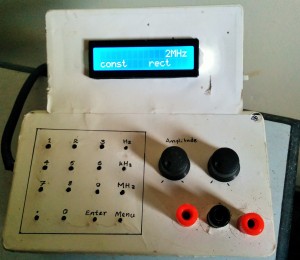 I also noticed that if you increase the amplitude of the signal then the nearby channels will suffer from crosstalk. This maybe the price we have to pay for buying CHEAP products.

All in all, the logic analyzer works pretty nice so far. This will help me a lot in the future.

Thanks for reading. Happy hacking.